BRETT: Bo Snerdley got to speak with David Limbaugh on the latest podcast episode of Rush Limbaugh: The Man Behind the Golden EIB Microphone. You can listen to the entire conversation wherever you listen to podcasts. There's an easy way to find a link on RushLimbaugh.com, too.

You can just go there and find it. David shared a most insightful thought with host Bo Snerdley in terms of Rush's decision to be in the studio and on the radio every day he could while battling cancer and how it sustained him. Listen to this. 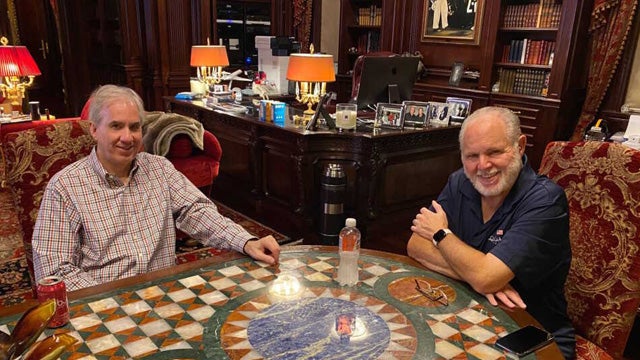 DAVID: Imagine having been diagnosed with terminal cancer in his final year. He gets his life energy, of course, from the family and friends. But his primary source of energy and motivation to live, in my opinion -- and live so well and so long distance despite the pain and agony -- was his love for his audience and what he did.

BRETT: And that's what it comes down to. It's passion. It's love for this audience, and I can personally attest to the fact that he loved being in this seat every chance he could and interacting and talking. Because I think one of the great subplots or substories about what happened here on this program with Rush Limbaugh was his instant connectivity with people.

It doesn't necessarily mean people you agree with or disagree with. But he had that connection to people. And he understood the great debt that he owed the audience, as much as the audience felt that they owed him a great debt for being here constantly to be America's Real Anchorman, to take those arrows and those slings, to defend the principles of conservatism.

It was a hugely important duty. But it's that idea of being able to connect with people -- especially with people with whom you disagree, because how many times have we heard calls on this program, "Hey, I used to be a liberal, but..." "Hey, I'm a liberal, but I'm agreeing with you with this." "Hey, I can't believe I ever thought as a progressive or as a liberal XYZ." 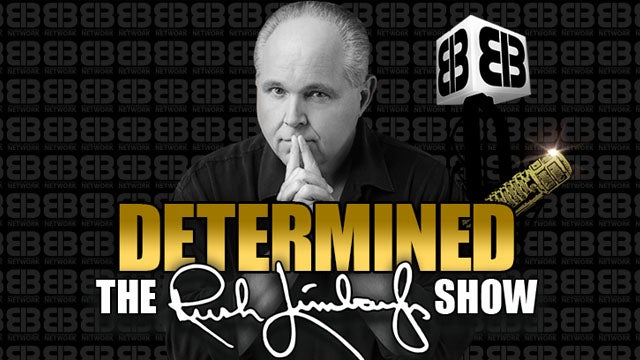 The notion of developing a cancel culture, of saying, "Okay. One strike and you're out. No redemption, no coming back, nothing." Well, that completely removes any notion of an ability to change one's mind and to change one's tack in life. We have to be willing to find agreement where we can and attempt to persuade where we must.

Now maybe we use that little rope ladder and figure out how do we climb up to more agreement, bring them our way. That's an opportunity every single day. Every single day, that is an opportunity, and I think that's what was so special about Rush among the millions of other things.

But the fact that he was able to engage even with people that didn't realize he was engaging them. They'd maybe driving home or driving around and thinking about what he just said and it would start to germinate -- and, before you knew it, he had found another convert to the show.