RUSH: You know, I just saw something here, and... Ha! I'm not sure what I saw, but I'm gonna tell you what I think it is. Devin Nunes is just completing his opening statement after Schiff, little Pencil Neck, chairman of the Judiciary Committee. He's finished his statement. Devin Nunes just concluded his. It was just perfection. Devin Nunes nailed these guys in describing everything going on: All of the phoniness, all of the fake collusion, all of the illusions the Democrats are trying to create -- collusion when there isn't any, the timeline of how it was gonna be produced. 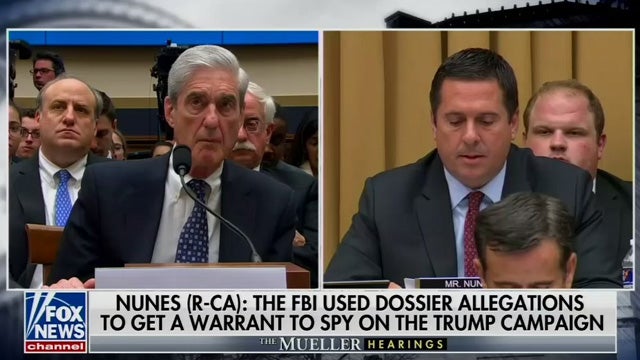 But what I saw was this, and I'm gonna give you an analogy. Mueller was listening to Nunes. They had occasions where they had a split screen with Mueller on the left and Nunes on the right. Mueller was listening to Nunes with rapt attention. He was laser-like focused. But the facial expression was almost like of somebody hearing something for the first time, and I'm asking myself, "Can this possibly be true?" And I think it may be.

We now know Robert Mueller is not capable and hasn't been capable of participating in this investigation. We now know that Robert Mueller was chosen to head up this investigation precisely because of the reputation he brings to it: Incredible integrity, unimpeachable integrity and honor. He's the face of the investigation. They've got his CV out there, his resume. Vietnam War hero here. Military war hero there. Attorney general here. DOJ, second in command over there. Back to being FBI director over here. Impeccable reputation.

So when Devin Nunes was reciting the alternative theory here, that the real collusion between Russia and the United States occurred between the Democrats and Hillary Clinton and Russia, and when he went through the timeline of all of these promises the Democrats have made to produce evidence of collusion and yet there isn't any, and the report states there isn't but that Adam Schiff opens the committee today by pointing out that there is evidence of collusion in the report, when there isn't! 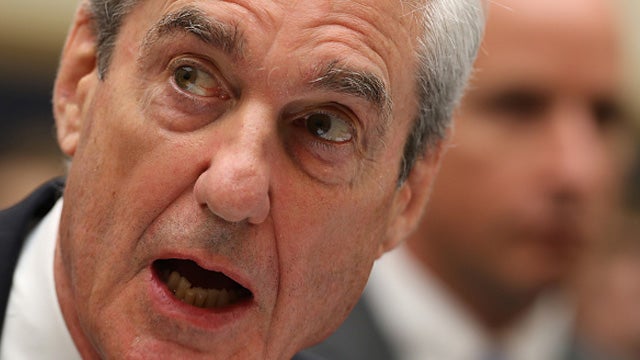 Nunes says the Democrats here are no different than the people that tell you about the Loch Ness monster. "Nobody can find it, but it's there." Same thing here with collusion. Nobody can find it, but it's there. It's gone from being invisible and hidden to now it's in plain sight in the Mueller report! Mueller was listening to this like he was hearing it for the first time. I know how to read facial expressions. He was not impassioned, he was not bored, he was not biding his time until Nunes finished.

Now, this is just a spur of the moment reaction, and I don't want anybody to misunderstand it. Mueller is by reputation a lifelong Republican. He's worked in Republican administrations and so forth. I think it's another reason he was appointed here. It's to give this investigation this unimpeachable reputation and image of nonpartisanship, when this investigation is one of the most rank, partisan undertakings we have ever had to deal with.

Like everything else the Democrats do, they hide it and lie about it and use misdirection and fakery to convince people that something isn't what it really is. Like they are not the socialists and liberals that they really are, even though that mask has come off lately with The Squad and others. But Mueller was watching this and listening to this like he's heard it for the first time. Now, is that plausible? I don't know. It just... I'll tell you, this isn't the first time I've had this reaction. Every September, Apple introduces new iPhones.

There's gigantic press unveiling in September at their headquarters, and after the two-hour presentation when they reveal new products, they have a section set up where the press in attendance can go look at the new products. The new products are set up on display where you can touch them and you can use 'em for two or three minutes, but you really can't do much more than that. But they're on display. Last year at this session, there's a photo -- and I am not the only one who's had this reaction.

It's a photo of Jony Ive (who is the designer, the lead designer) talking to Tim Cook, the CEO. They're looking at the iPhone XR, the multicolored version of the iPhone last year. Jony Ive has got his finger pointing to one of the phones, and Cook is looking at it like it's the first time he's seen it! Now, wait. He's the CEO! You would think that he would know what the new products are. I've run this buy people who work in massive corpora. I said, "Is it possible that the CEO of Apple may not know, may not see the new iPhones before they're released? 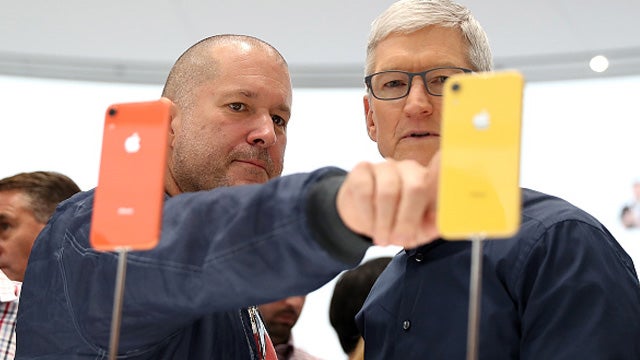 "Is it possible that he may not be part of the review and approval process?" I can't tell the number of people who have said, "Oh, yeah, that's entirely believable. CEOs, they've got so much going on, they delegate so much. They've got trusted lieutenants to handle that. Cook has never been known to be a product guy." I'm sitting in disbelief. If was the CEO of a phone company and it was the reason my company was almost worth a trillion dollars, I'd damn well know what it's making every year and I'd be involved in the process.

But I've had... I can't tell you the number of people who told me, "No, it's not a surprise Cook doesn't know. He trusts the people doing it! He's got other things he's an expert in -- supply chain, operations and all that. He's got experts to do this. He trusts them. He's not a designer. There's nothing he can do." Well, I'm watching Mueller today, and I got the same impression, that he was listening to Devin Nunes and hearing some of this stuff as Nunes was explaining it for the first time. 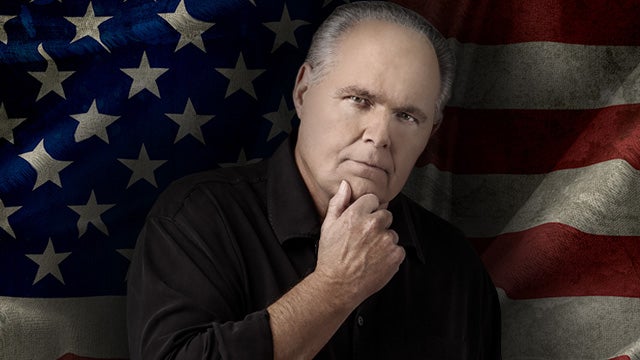 Now, I realize how probably wrong that is. I realize that sounds really farfetched. That's why I debated whether or not to even mention it to you. But there's a little part of me, knowing what we know now. I think it's entirely possible that Robert Mueller hasn't a lot of knowledge about what really went on here. I think it's entirely feasible and entirely possible, and I think that he was chosen precisely because he can't be hands-on anymore. He was chosen purely for the puffery of it all. He was chosen for the PR value of it all, for the reputation, that whatever work (dramatic voice) "The special counsel's office is doing cannot be criticized.

"It is unassailable, don't you know, because this man has more honor and integrity than 10,000 people that live in Washington." Well, that worked. You know as well as I do, the one thing is Mueller would not come under any criticism or any of that. (interruption) No, I don't expect this to change anything. I'm not... No, no, no. I'm not expecting Mueller to change his testimony this afternoon. (interruption) No, no, no, none of that. It's just an observation. Let me get started on some of the sound bites -- and we're rolling tape.

If there are momentous notes, momentous moments here that happen during the Schiff hearing this afternoon, we'll have it for you.